From War in the Pacific, Right to Business

In 1946, immediately after his discharge from the Marines, Walter W. Gauer purchased, with his mustering-out pay, a surplus military truck and started a company with his brother Edward Gauer and machinist Eugene Wroble. Walter Gauer being the youngest and most agressive partner, began taking on the duties of sales along with running the deliveries during the day, then would join his partners and help process parts at night. The company began working primarily making hotplates, doing general machining, building bakery racks, early gravity flow (or carton flow) shelving, and conveyors.

Lansing Shields, President of Grand Union Co., applied for patents for the original gravity-feed rear load design using Unistrut and Nylon strips in 1945 (later approved in 1948). The unit consisted of several inclined runways, the device was driven by gravity. The concept was a stockman would place merchandise in the rear of each runway and, as a shopper selected an item, the item behind it would slide forward in place of the previous one.
Mr. Shields, being impressed with Walter Gauer as a young entrepreneur with a unique sales style, asked him if he and his partners had any interest in manufacturing his shelving concept. Mr. Gauer, realizing the potential of working with Mr. Shields, quickly discussed this with his partners and began manufacturing these carton flow units for Grand Union under Mr. Shields’s label of Food-O-Mat. When Lansing Shields died of a heart attack, Thomas Butler was appointed the new president of Grand Union. Butler had no interest in continuing to use carton flow units in Grand Union Supermarkets.
Food-O-Mat went off on its own to sell the product with Gauer as its manufacturer. This early work led to the eventual development of the Flo-Rak line of carton flow shelving systems. Still a leader in the carton flow industry, Gauer’s line of Flo-Rak products has maintained its impeccable name by always adhering to the GauerBuilt quality that Mr. Gauer instilled during the company’s inception.

A Simple Idea Sparks An Industry

In an effort to improve his own products, Walter Gauer recognized a need for “clean edges.” As metal working professionals know, slit coil and sheared plate often have sharp edges and burrs, Mr. Gauer envisioned a machine that would roll these dangerous edges off of his raw material. From this vision the V Series Deburring Machine was born. This machine, pictured here with Mr. Gauer, was a simple yet efficient design when compared to the modern Gauer Safty Edgers of today. Over the years Gauer Edging/Deburring Machines have developed an impeccable name throughout metal service centers in both the United States and around the world. Now installed on 6 continents, these GauerBuilt machines have given rise to the industry term “Gauer Bar” used by metal service centers throughout the world.

Gauer Still Going Strong and Ready to Serve Your Needs 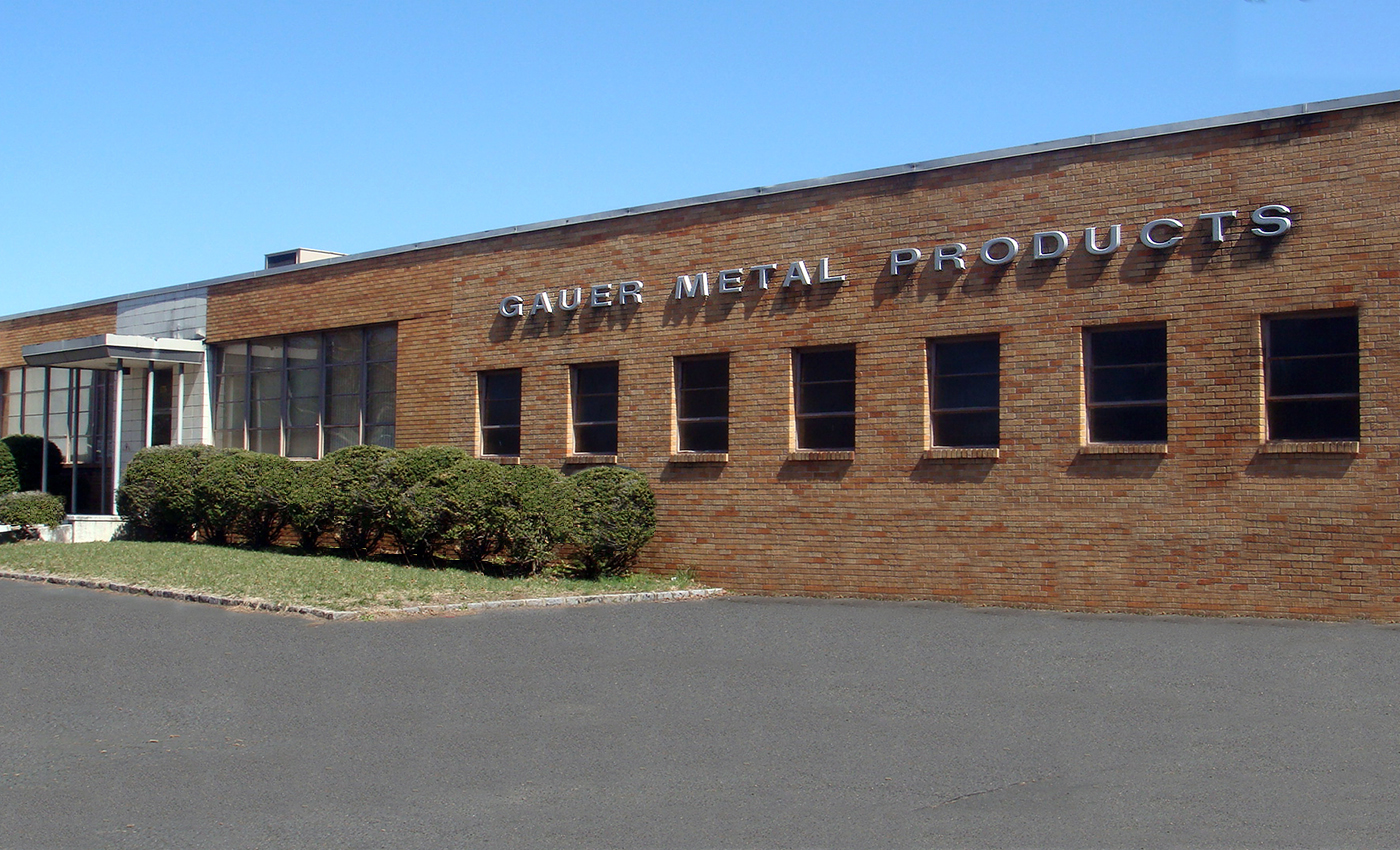 Gauer Metal Products has been a leading metal fabricator in the United States for over 60 years. In our two facilities totaling 70,000 square feet located in Kenilworth, New Jersey we at Gauer Metal provide full service custom metal fabrication including stamping, cutting, bending, welding and machining. Gauer works with all metals including carbon steel, stainless steel, aluminum, copper, brass and titanium. Gauer Metal’s reputation for design, engineering and manufacturing excellence has earned the respect and trust from industry professionals. To maintain that hard-earned respect, every product must meet GauerBuilt standards, these standards meet or surpass the industry needs for longevity and performance. All products produced by Gauer Metal have been designed to satisfy the most stringent demands of Gauer customers. This dedication to engineering excellence, product durability and customer satisfaction makes GauerBuilt products the best choice for today’s industry needs.

Write something about the people who make your business go or your philosophy behind customer service.
Why? Because people want to know who they're doing business with. It's a human thing.

This is should be a prospective customer's number one call to action, e.g., requesting a quote or perusing your product catalog.